Home/A Wynk, a Blynk and a Nod to Books/New Baseball Books
Previous Next

A Wynk, a Blynk and a Nod to Books about Baseball

With Great American Ballpark, home of the Cincinnati Reds, sitting practically in our backyard, paying tribute to books about America’s favorite pastime seems especially fitting for this time of year.  Our bases are loaded with lots of good reads. No bloopers here, all are sure to be a home run!  As always, we’ve included a few backdoor sliders at the end.

Meyer describes a day spent at the ballpark by a grandfather and his grandson. Colorful illustrations and rhyming text bring the sights and sounds of the game to life

A nostalgic look at the greatest baseball player of all time, George Herman “Babe” Ruth, sets the stage for this engaging read.  Ten year old George Henry Alexander is excited to be attending his first real baseball game and the opportunity to see his hero. Though related as a memoir, the story is entirely fictional. Actor Jason Alexander’s lively, fun-filled CD recording of the story is included.

This is the story of Kenichi Zenimura, who built a baseball legacy in the Japanese-American internment camps during World War II. He built a ball field, complete with a leveled, grassed-in diamond and bleachers, to raise the spirits and self-esteem of his fellow detainees. It is interesting to note that the illustrations in the book were made with Japanese calligraphy brush and ink.

This fun and engaging book, an official MLB publication, introduces young readers to each team named after an animal. Children follow clues and guess which animal is associated with each team. The color photographs add interest to an already appealing book. Another title by the same author is Baseball Opposites, which introduces children to important early concepts through the exciting world of professional baseball. This book is also extremely well written and executed.

Baseball is … by Louise Borden, illus. by Raúl Colón

This book is part of the Laughing Matters series and is a fun collection of baseball themed jokes. Why does it get hot after a baseball game? Because all the fans leave!

This is a collection of baseball-themed Peanuts newspaper comic strips by Charles M. Schulz.

The Best MLB Teams of All Time by Alex Monnig

As part of the Major League Baseball’s Best Ever series, this title introduces legendary baseball teams. Others in the series include The Best Hitters, The Best Infielders, The Best Outfielders, and The Best Pitchers of All Time. All are jam- packed with information fit for any baseball fan. 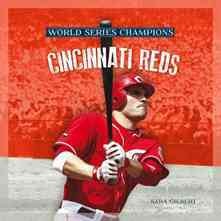 The Everything Kids’ Baseball Book: From Baseball’s History to Today’s Favorite Players – with Lots of Home Run Fun in Between! by Greg Jacobs and Joe Gergen.

The 8th edition of this popular book answers all your baseball questions, from the ballpark to the backyard.

Joy in Mudville by Bob Raczka, illus. by Glin Dibley

Raczka’s story picks up where “Casey at the Bat” ends. One game after the mighty Casey strikes out, the Mudville Nine are in trouble again, until Joy Armstrong, comes in to save the day. The bright illustrations and rhyming text add to the appeal of the book.

Miracle Mud: Lena Blackburne and the Secret Mud that Changed Baseball by David A. Kelly, illus. by Oliver Dominguez

Russell Aubrey “Lena” Blackburne played Major League Baseball for eight years, including a short time for the Cincinnati Reds, but he is best known for the invention of Lena Blackburne’s Baseball Rubbing Mud, a special mud he discovered along the banks of the Delaware River near his home in New Jersey. New baseballs were too shiny and slick for pitchers to get a good grip, and their sheen blinded batters. Hence, the idea of rubbing mud on baseballs was born. Today all baseballs used in major league games are rubbed with this mud.

The Missing Marlin by David A. Kelley, illus. by Mark Meyers

This is book #8 in the early chapter book series, Ballpark Mysteries, where each book is set in a different major league ballpark.

Mo attends the “Bark in the Park” day at the ballpark and quickly learns that it’s not about winning but rather how you play the game.

Mr. Redlegs and His Great Adventure by Joel Altman, illus. by Tim Williams

Join Mr. Redlegs on an adventure through time as he explores the history of the Cincinnati Reds. Through the years he meets many of the famous and talented players. Sure to be a hit among Reds fans.

This book was produced in partnership with Sports Illustrated Kids and provides tips for drawing yourself into the action on the baseball field. Perfect for children who love sports and for those who love to draw! 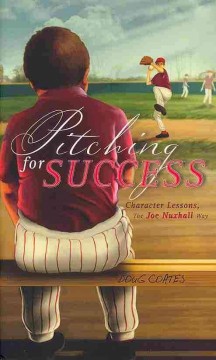 Joe Nuxhall was a pitcher and later an announcer for the Cincinnati Reds. He was known for his kind and compassionate manner. In this story, a father teaches his son how to be a kinder and more patient player using Joe as an example. Historical photos, a timeline of Nuxhall’s career, and discussion questions are included.

Marty takes her younger brother to a baseball game, determined to pass along her enthusiasm and teach Mikey some valuable information on the game. Based on her own experience as a reporter for the San Francisco Giants and the author’s baseball-loving grandmother, Gutierrez has crafted an entertaining story.

Something to Prove: The Great Satchel Paige vs. Rookie Joe DiMaggio by Robert Skead, illus. by Floyd Cooper

A little-known episode in the careers of two baseball giants highlights the racial divide in the game. Cooper’s soft-edged brown, amber and green illustrations lovingly depict the action and emotions called forth in the text.

Stars of Baseball by Mari Schuh

This is a picture book biography of Joe DiMaggio, whose hitting streak in the summer of 1941, as World War II was looming, became just what the country needed. DiMaggio’s relationship with his beloved bat, “Betsy Ann,” is an integral part of the story.  A substantial author’s note is included.

Doeden covers the one hundred year long history of The World Series. Discover what it is about this event that keeps the public so enthralled.

You Never Heard of Willie Mays?! by Jonah Winter, illus. by Terry Widener

This companion to You Never Heard of Sandy Koufax?! focuses on African American baseball great Willie Mays. Many spreads include baseball ticket-shaped sidebars with information about other ball-playing greats, baseball history, Mays’s statistics, and how he stacks up against other players including Ted Williams, Hank Aaron, and Lou Gehrig.

Favorites from the Past

The Babe and I by David A. Adler, illus. by Terry Widener

Baseball from A to Z by Michael Spradlin, illus. by Macky Pamintuan

Baseball Saved Us by Ken Mochizuki, illus. by Dom Lee

Casey at the Bat: A Ballad of the Republic, Sung in the Year 1888 by Ernest Lawrence Thayer, illus. by Christopher Bing

Dirt on Their Skirts: The Story of the Young Women Who Won the World Championship by Doreen Rappaport and Lyndall Callan, illus. by E.B. Lewis

H is for Home Run: A Baseball Alphabet by Brad Herzog, illus. by Melanie Rose

My Baseball Book by Gail Gibbons

Satchel Paige: Don’t Look Back by David A. Adler, illus. by Terry Widener

Take Me Out to the Ballgame by Jim Burke

There Goes Ted Williams: The Greatest Hitter Who Ever Lived by Matt Tavares

We are the Ship: The Story of Negro League Baseball by Kadir Nelson

When Jackie and Hank Met by Cathy Goldberg Fishman, illus. by Mark Elliott