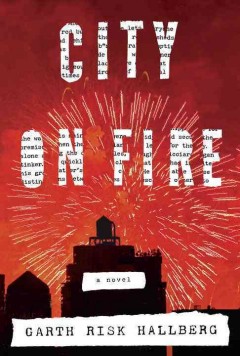 A big-hearted, boundary-vaulting novel that heralds a remarkable new talent: set in 1970s New York, a story outsized in its generosity, warmth, and ambition, its deep feeling for its characters, its exuberant imagination.

The individuals who live within this extraordinary first novel are: Regan and William Hamilton-Sweeney, estranged heirs to one of the city’s largest fortunes; Keith and Mercer, the men who, for better or worse, love them; Charlie and Samantha, two suburban teenagers seduced by downtown’s punk scene; an obsessive magazine reporter and his idealistic neighbor; and the detective trying to figure out what any of them have to do with a shooting in Central Park. Their entangled relationships open up the loneliest-seeming corners of the crowded city. And when the infamous blackout of July 13, 1977, plunges this world into darkness, each of these lives will be changed forever. A novel about love and betrayal and forgiveness, about art and truth and rock ‘n’ roll, about how the people closest to us are sometimes the hardest to reach–about what it means to be human.

The Further Adventures of Ebenezer Scrooge by Charlie Lovett

A delightful sequel to Dickens’s beloved A Christmas Carol by the bestselling author of First Impressions and The Bookman’s Tale.

On a hot summer day some twenty years after he was famously converted to kindness, Ebenezer Scrooge still roams the streets of London, spreading Christmas cheer, much to the annoyance of his creditors, nephew, and his employee Bob Cratchit. However, when Scrooge decides to help his old friend and former partner Jacob Marley, as well as other inhabitants of the city, he will need the assistance of the very people he’s annoyed. He’ll also have to call on the three ghosts that visited him two decades earlier. By the time they’re done, they’ve convinced everyone to celebrate Christmas all year long by opening their wallets, arms, and hearts to those around them.

Written in uncannily Dickensian prose, Charlie Lovett’s The Further Adventures of Ebenezer Scrooge is both a loving and winking tribute to the Victorian classic, perfect for readers of A Christmas Carol and other timeless holiday tales. 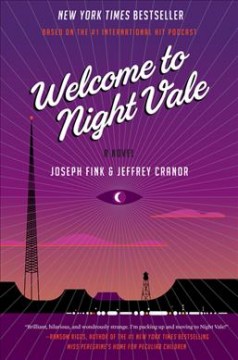 Located in a nameless desert somewhere in the great American Southwest, Night Vale is a small town where ghosts, angels, aliens, and government conspiracies are all commonplace parts of everyday life. It is here that the lives of two women, with two mysteries, will converge.

Nineteen-year-old Night Vale pawn shop owner Jackie Fierro is given a paper marked “KING CITY” by a mysterious man in a tan jacket holding a deer skin suitcase. Everything about him and his paper unsettles her, especially the fact that she can’t seem to get the paper to leave her hand, and that no one who meets this man can remember anything about him. Jackie is determined to uncover the mystery of King City and the man in the tan jacket before she herself unravels.

Night Vale PTA treasurer Diane Crayton’s son, Josh, is moody and also a shape shifter. And lately she’s started to see her son’s father everywhere she goes, looking the same as the day he left years earlier, when they were both teenagers. Josh, looking different every time Diane sees him, shows a stronger and stronger interest in his estranged father, leading to a disaster Diane can see coming, even as she is helpless to prevent it.

Diane’s search to reconnect with her son and Jackie’s search for her former routine life collide as they find themselves coming back to two words: “KING CITY”. It is King City that holds the key to both of their mysteries, and their futures…if they can ever find it. 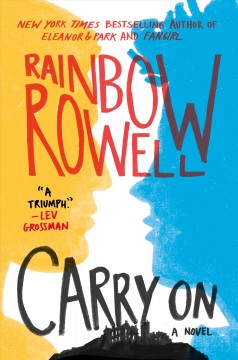 Carry On by Rainbow Rowell

Rainbow Rowell continues to break boundaries with Carry On, an epic fantasy following the triumphs and heartaches of Simon and Baz from her beloved bestseller Fangirl.

Simon Snow is the worst Chosen One who’s ever been chosen.

That’s what his roommate, Baz, says. And Baz might be evil and a vampire and a complete git, but he’s probably right.

Half the time, Simon can’t even make his wand work, and the other half, he starts something on fire. His mentor’s avoiding him, his girlfriend broke up with him, and there’s a magic-eating monster running around, wearing Simon’s face. Baz would be having a field day with all this, if he were here — it’s their last year at the Watford School of Magicks, and Simon’s infuriating nemesis didn’t even bother to show up. 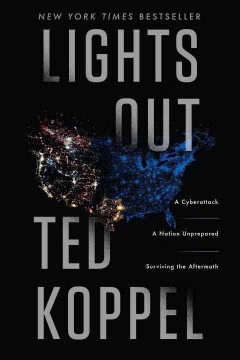 Lights Out: A Cyberattack, A Nation Unprepared, Surviving the Aftermath by Ted Koppel

Renowned broadcast journalist Ted Koppel reports that a major cyberattack on America’s power grid is not only possible but likely, that it would be unimaginably devastating, and that the United States is shockingly unprepared.

Ask the Red Cross or FEMA what to do during a major power outage and they will tell you to be sure to have extra batteries and three days’ worth of extra food and water on hand, along with a few other necessities. But what if the blackout arrived without warning and lasted not days but weeks or months? There would be no running water; no sewage; no electric heat, refrigeration, or light. Food and medical supplies would dwindle. Banks would not function. Gas stations without generators would no longer be able to pump fuel. The devices we rely on would go dark. Firefighters and police officers might no longer be reachable, or might choose to stay with their own families. Mass evacuation would become chaos.

The fact is, one well-placed attack on the electrical grid could lastingly cripple much of our infrastructure. Several nation states hostile to the United States could do it, and the ranks of criminal and terrorist organizations approaching the capability are growing. Ted Koppel convincingly argues that it is not a question of if such an attack occurs, but when.

National leaders across government, industry, and the military know this—as they candidly admit in these pages. The Department of Homeland Security has no plan for the aftermath of an attack on the power grid. Individuals are largely left to their own devices, leading to an explosion of the “prepper” movement. Koppel visits one wealthy prepper who has built a retreat equipped with a specially excavated three-acre lake stocked with fish. But how will ordinary civilians survive? The Mormon church has elaborate plans for long-term disaster survival, but it doesn’t have the resources for everyone. Lights Out exposes the breadth and urgency of the problem and suggests ways to prepare for the inevitable catastrophe.