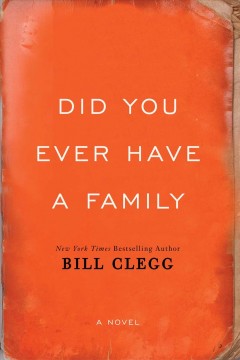 Did You Ever Have a Family by Bill Clegg

On the eve of her daughter’s wedding, June Reid’s life is completely devastated when a shocking disaster takes the lives of her daughter, her daughter’s fiancé, her ex-husband, and her boyfriend, Luke—her entire family, all gone in a moment. And June is the only survivor.

Alone and directionless, June drives across the country, away from her small Connecticut town. In her wake, a community emerges, weaving a beautiful and surprising web of connections through shared heartbreak.

From the couple running a motel on the Pacific Ocean where June eventually settles into a quiet half-life, to the wedding’s caterer whose bill has been forgotten, to Luke’s mother, the shattered outcast of the town—everyone touched by the tragedy is changed as truths about their near and far histories finally come to light.

Elegant and heartrending, and one of the most accomplished fiction debuts of the year, Did You Ever Have a Family is an absorbing, unforgettable tale that reveals humanity at its best through forgiveness and hope. At its core is a celebration of family—the ones we are born with and the ones we create.
audio / ebook / Audiobook Sample 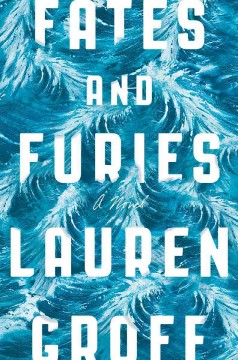 Fates and Furies by Lauren Groff

Every story has two sides. Every relationship has two perspectives. And sometimes, it turns out, the key to a great marriage is not its truths but its secrets. At the core of this rich, expansive, layered novel, Lauren Groff presents the story of one such marriage over the course of twenty-four years.

At age twenty-two, Lotto and Mathilde are tall, glamorous, madly in love, and destined for greatness. A decade later, their marriage is still the envy of their friends, but with an electric thrill we understand that things are even more complicated and remarkable than they have seemed. With stunning revelations and multiple threads, and in prose that is vibrantly alive and original, Groff delivers a deeply satisfying novel about love, art, creativity, and power that is unlike anything that has come before it. Profound, surprising, propulsive, and emotionally riveting, it stirs both the mind and the heart. 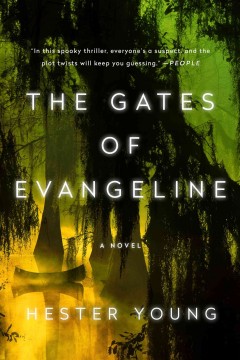 The Gates of Evangeline by Hester Young

When New York journalist and recently bereaved mother Charlotte “Charlie” Cates begins to experience vivid dreams about children—visions of injured children, dead children—she’s sure that she’s lost her mind. Yet these are not the nightmares of a grieving parent, she soon realizes. They are messages and warnings that will help Charlie and the children she sees, if only she can make sense of them.

After a little boy in a boat appears in Charlie’s dreams asking for her help, Charlie finds herself entangled in a thirty-year-old missing-child case that has never ceased to haunt Louisiana’s prestigious Deveau family. Armed with an invitation to Evangeline, the family’s sprawling estate, Charlie heads south, where new friendships and an unlikely romance bring healing. But as she uncovers long-buried secrets of love, money, betrayal, and murder, the facts begin to implicate those she most wants to trust—and her visions reveal an evil closer than she could’ve imagined. 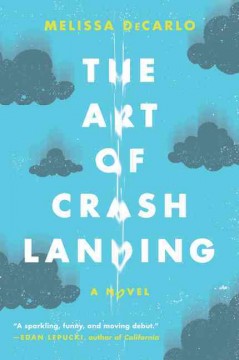 The Art of Crash Landing by Melissa DeCarlo

Mattie Wallace has really screwed up this time. Broke and knocked up, she’s got all her worldly possessions crammed into six giant trash bags, and nowhere to go. Try as she might, Mattie can no longer deny that she really is turning into her mother, a broken alcoholic who never met a bad choice she didn’t make.

When Mattie gets news of a possible inheritance left by a grandmother she’s never met, she jumps at this one last chance to turn things around. Leaving the Florida Panhandle, she drives eight hundred miles to her mother’s birthplace—the tiny town of Gandy, Oklahoma. There, she soon learns that her mother remains a local mystery—a happy, talented teenager who inexplicably skipped town thirty-five years ago with nothing but the clothes on her back. But the girl they describe bears little resemblance to the damaged woman Mattie knew, and before long it becomes clear that something terrible happened to her mother, and it happened here.

The harder Mattie digs for answers, the more obstacles she encounters. Giving up, however, isn’t an option. Uncovering what started her mother’s downward spiral might be the only way to stop her own. 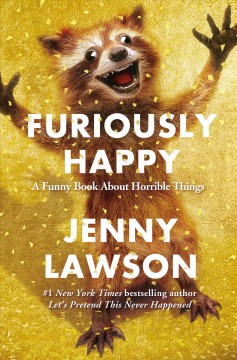 But terrible ideas are what Jenny does best.

Lawson is beloved around the world for her inimitable humor and honesty, and in Furiously Happy, she is at her snort-inducing funniest. This is a book about embracing everything that makes us who we are – the beautiful and the flawed – and then using it to find joy in fantastic and outrageous ways. Because as Jenny’s mom says, “Maybe ‘crazy’ isn’t so bad after all.” Sometimes crazy is just right.