The four Irish lads who make up the rock band U2 started the group in 1976. The band became international superstars in the 1980s, especially with the phenomenal success of The Joshua Tree album. Have you ever seen the band live, in concert? Or, maybe you recall seeing them perform during Live Aid in 1985, which was televised worldwide to over a billion viewers.

If you want to relive the sounds of a U2 concert, or experience the music for the first time, the library has you covered. As part of the Erlanger Branch’s 20th year anniversary celebrations (our building turns 20 this year!), we are hosting Elevation: The International U2 Tribute Show. This is a free tribute concert on Saturday, October 29 from 6:30 to 8:00P.M. Registration is required.

Elevation has been performing together for 20 years this year, so they are also celebrating an anniversary.

If you would like to listen to some of U2’s tunes, we have compact discs you may check out. Or, you may stream songs through Hoopla with your library card. Here are a few books that might interest you. Did you know that Bono has a new book, Surrender, which will be released November 1. Click here to place a hold on the book. 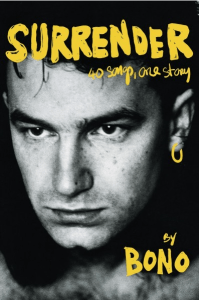 If you are a fan of Bono, you will not want to miss the opportunity to win our cardboard cutout, which we will give away to one lucky winner at the show.

We hope to see you and your friends at this fun show! U2 costumes are encouraged, but not required. Do not forget to register for the concert!

April Ritchie is the Program Coordinator at the Erlanger Branch of the Kenton County Public Library.

We welcome your respectful and on-topic comments and questions in this limited public forum. To find out more, please see Appropriate Use When Posting Content. Community-contributed content represents the views of the user, not those of Kenton County Public Library