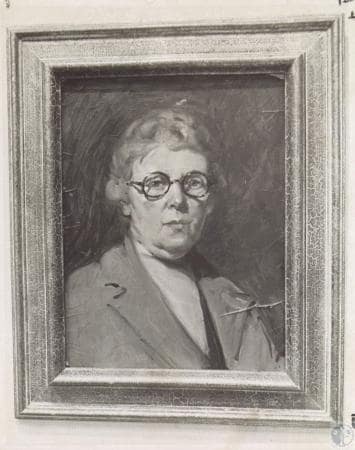 A Covington resident and noted artist. Dixie Selden was born on February 28, 1868 in Ohio to John Roger Selden and Martha Peyton McMillen Selden. The Selden family moved to Covington in 1870. The family lived on West 4th Street. Her education was received at Miss Virginia Simpson’s Private School in Covington, Miss Clara E. Nourse’s Select School for Girls in Cincinnati and the Bartholomew English and Classical School for Girls in Cincinnati. Her love for art led her to attend the McMicken School of Design in Cincinnati in 1885 (later evolved into the Cincinnati Art Academy). Among her teachers at the Academy were Frank Duveneck and Henry Farney. Duveneck grew very fond of her and called her “the little one,” due to diminutive stature. Selden’s first exhibit was held in 1890 at the Covington Art Club.

Dixie Selden traveled extensively throughout Europe. Her trips took her to Italy, France, England, Germany and many other European nations. Selden also traveled to Mexico, Japan, the Middle East and China She drew great inspiration from these trips and always returned with sketches and paintings.

Selden was a member of the Covington Art Club, the Women’s Art Club of Cincinnati, the Southern States Artists Association, the McDowell Society, the National Association of Women Artists and Sculptors, and the National Art Club (New York City).

Dixie Selden continued to live in the family home of West 4th Street after her parents death. In about 1906 she moved to an apartment on Garrard Street in Covington. A few years later, she was living in the Woodford Flats in Covington. In about 1910, she moved to 1106 Cross Lane in the Walnut Hills Neighborhood of Cincinnati. It was in this home that she died of a heart attack on November 14, 1935. Funeral services were conducted in her home by Reverend Frank Nelson, Rector of Christ Cathedral. She was laid to rest at Highland Cemetery in Fort Mitchell, Kentucky near her parents. The Cincinnati Art Museum held a Memorial Exhibit of her work from March 5-April 8, 1936.