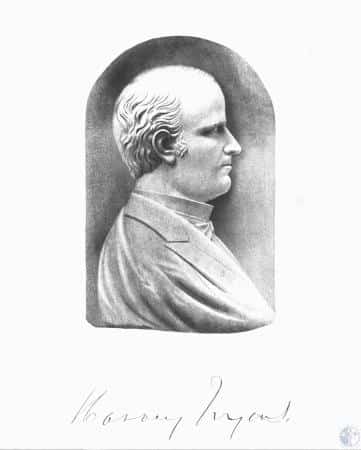 Noted Covington attorney and Speaker of the Kentucky House of Representatives. Harvey Myers was born on December 24, 1861 in Covington. His father, also named Harvey Myers (1828-1874), was a prominent Covington attorney. His mother was Susan C. Scott Myers (1830-1879). Harvey Myers Jr. was educated in the Covington Public Schools. During his early career he worked at the Cincinnati Times newspaper. He studied law under the tutelage of T.F. Hallam. Following his acceptance to the bar in 1881, Myers began practicing law in the Firm Hallam & Myers. Harvey Myers Jr. assumed the senior position in the firm. He was also one of the charter members of the Kenton County Bar Association. Myers was elected to the Kentucky House of Representatives in 1890. Harvey Myers Jr. was active in civic affairs. He was active in the affairs of the Latonia Jockey Club and was also a member of the Kenton County Road Commission. Myers was a charter member of the Northern Kentucky Motor Club in 1921. He held the position of president of this group for a decade.

Myers participated in the establishment of the Twin Oaks Golf and Country Club in 1927 and served on the Board of Directors as Chairman. Harvey Myers died on July 1, 1933 at his home on E. 45th Street in Covington of a cerebral hemorrhage. He was survived by his widow, Anna Belle Menefee, and five children: Ann Myers, Bettie Myers, Elsie Myers Stegner, Mrs. J.M. McGregor and Harvey Myers III. Funeral services were conducted by the Reverend William G. Pendleton of Trinity Episcopal Church at Highland Cemetery Chapel in Fort Mitchell, Kentucky.