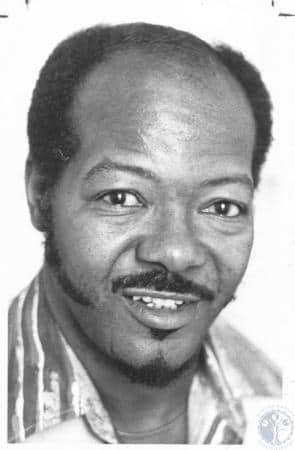 African American activist. Isiah Smith was born on May 24, 1933 in Alabama. His father died when Isiah was a young child. In about 1943, the Smith family moved to Covington, Kentucky. They were among the earliest families to join the new Our Savior Catholic Church on E. 10th Street. Isiah Smith attended Our Savior Elementary School and High School. He graduated in 1951. Smith married his wife, Marilyn at Our Savior Church. The couple had five children: Jeffery A. Smith, Gordon Smith, Eric Smith, David Smith and Renee Smith. He made a living as a barber in Walnut Hills Neighborhood of Cincinnati. Isiah Smith was active in local politics. He ran as a Democrat for several local offices and for Kentucky State Representative in 1986. He managed the presidential campaign of Jesse Jackson in Kenton County in 1988. Smith was especially interested in promoting political activity among African Americans in Northern Kentucky. He encouraged party participation and consistently encouraged African Americans to vote. Smith was also active in many civic groups. He served on the Board of Directors of the Covington Family Health Center, was past President of the Community Action Commission, past President of the Covington NAACP, was a member of the Northern Kentucky Chamber of Commerce, the St. Vincent de Paul Society, a member of the Bishop Howard School Board and past President and member of the Kenton County Public Library Board. Smith was also the founder of the Concerned Citizens for Political Involvement in Covington. Isiah Smith died on May 3, 1998. He was survived by his widow and four children. Mass of Christian Burial was celebrated at Our Savior Church in Covington with burial at St. Mary Cemetery in Fort Mitchell, Kentucky. In 2001, Smith was inducted in the Kentucky Civil Rights Hall of Fame. Kentucky Post, January 17, 1994, p. 4K, May 7, 1998, 16A and July 19, 2001, p. 3K.