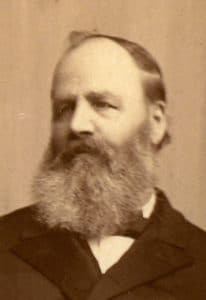 A noted church painter who worked throughout the Midwest during the last half of the 19th Century. Johann Schmitt was born on November 17, 1825 in Heinstadt, Baden. As a young man, Schmitt received training in the fine arts in Munich. His talent was quickly recognized by the leading religious painters of that city. The United States offered more opportunities for religious painters than Schmitt’s native Germany.

Hundreds of thousands of Germans were immigrating to the United States. These Germans were establishing parishes, convents and monasteries in the new world and they needed religious art. Schmitt made the decision to immigrate in the 1850s. He initially settled in New York City where he met his future wife, Margaret Reichert, also a German immigrant. Among Schmitt’s earliest commissions in New York was to produce murals for the Church of St. Alphonse in New York. The completed murals drew great praise. In 1862, Schmitt was drawn to the Cincinnati area. Cincinnati had become a center of German American culture and art.

Schmitt immediately found work in the Covington Altar Building Stock Company (sometimes called the Institute of Catholic Art) at St. Joseph Church in Covington. The Institute of Catholic Art had been established in 1862 by Father Odilo von der Gruen O.S.B. The institute consisted of three departments: An altar building department, altar painting department and art glass department. Schmitt became the principal altar painter at the institute. Within a few short years, the institute had gained a reputation for outstanding artistic work. A few of the early projects the artists at the institute completed were an altarpieces for the School Sisters of Notre Dame in Baltimore and for the Franciscan Church at Oldenburg, Indiana (both in 1863).

A reporter for the German American newspaper Wahrheitsfreund described Schmitt in the following manner, “With deep piety and sincere faith he delights to paint on canvas what his noble heart feels and sincerely believes.” While at the Catholic Art Institute, Schmitt provided training for one of Covington’s most celebrated artists, Frank Duveneck. Johann Schmitt spent the rest of his life producing art for churches throughout the Midwest. Among his most celebrated works were commissioned by local parishes. He completed two large murals for the Church of St. Joseph at the northwest corner of 12th and Greenup Streets in Covington. These murals depicted the death of St. Joseph and St. Joseph as the protector of the universal Church. The later mural was a copy of an original that was donated to Pope Leo XIII.

Schmitt also produced five murals for the old St. John Church in Covington. The murals depicted the following subjects: Crucifixion, Transfiguration, Baptism of Christ, St. John on the Island of Patmos and the Sacred Heart surrounded by the four patrons of the parish societies (St. Ann, St. Joseph, St. Rose of Lima and St. Aloysius). Other Covington area works included a painting of St. Elizabeth for an altarpiece at St. Elizabeth Hospital, a painting of St. Anthony the Hermit for St. Anthony Church in nearby Decoursey , St. Walburg for the Benedictine Sisters of Covington, the Sacred Heart for the Sisters of Divine Providence of Newport , St. John the Evangelist for St. John Parish in Georgetown, St. Rose of Lima for the Parish in Mayslick, the Assumption to the Church in Morning View, the Assumption for St. Mary’s Church in Alexandria, St. Joseph for the Parish in Camp Springs and St. John for the Catholic parish in Williamstown.

Perhaps his most significant works are located in Mother of God Church in Covington. In 1890, this congregation acquired the services of Johann Schmitt to paint five large murals. These murals depict the five Joyful Mysteries of the Rosary: The Visitation, the Annunciation, the Presentation in the Temple, the Finding in the Temple and the nativity. Many other works across the Midwest have been identified as Schmitt commissions. Some of these include: Murals at the Ursuline Convent in Louisville (1868-1872) Altarpieces and two murals (1877) for the Church of St. Boniface, Louisville St. Joseph Church, Louisville St. Peter Church, Louisville St. Martin Church, Louisville Frescoes in Holy Trinity Church in Evansville, Indiana (1873 – restored in 1885) Altarpiece at St. Anne Church in Hamburg, Indiana Painting of St. Michael for St. Michael Church in Brooksville, Indiana Annunciation Parish in New Albany, Indiana. St. Francis Church, Cincinnati (1862) St. John Church, Cincinnati (1867) Chapel of the Franciscans in Mount Airy (Cincinnati) St. Xavier Church, Cincinnati Old St. Louis Church, Cincinnati Chapel of the Immaculate Conception, University of Dayton, Dayton, Ohio The Crucifixion and other works for the Cathedral at Green Bay, Wisconsin The Consecration of St. Francis de Sales at St. Francis Seminary, Milwaukee, Wisconsin Mural at Assumption Parish in St. Paul, Minnesota (62 x 42’) (1887). Painting of St. Alexius for St. Joseph Parish, Collegeville, Minnesota Five paintings for the altarpiece of Sacred Heart Church, Collegeville, Minnesota Paintings for St. Benedicts Abbey in Atchison, Kansas Paintings for the Chapel of the Sisters of St. Dominic in Racine, Wisconsin (1886) In 1891, Schmitt’s wife, Margaret Reichert Schmitt died. A few years later, Johann Schmitt married for a second time. His new wife, Elizabeth Scheper Meyer Racke had been widowed twice before meeting Schmitt. She brought with her to the marriage six children: Elizabeth Meyer, Rose Meyer, Catherine Meyer, Frank Meyer and Mary Meyer (later Mother Margaret Mary O.S.B.) and Delphina Racke.

The Schmitt family lived on Greenup Street in Covington. Johann Schmitt died at the age of 72 on June 10, 1898. The funeral Mass was conducted in St. Joseph Church on 12th Street under the two large murals he had painted so many years before. He was laid to rest in Mother of God Cemetery in Covington. 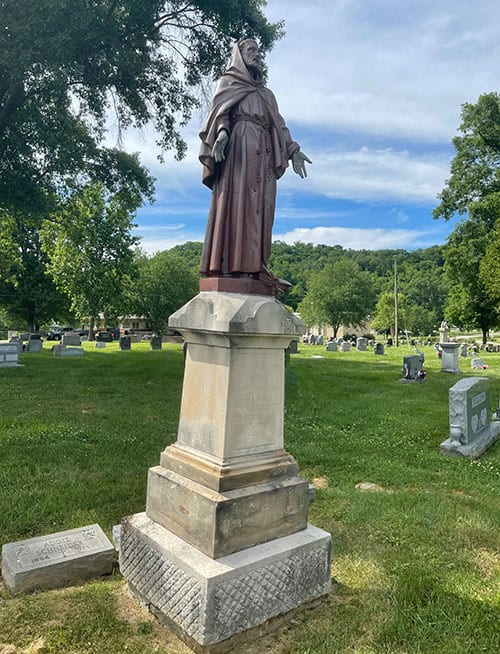 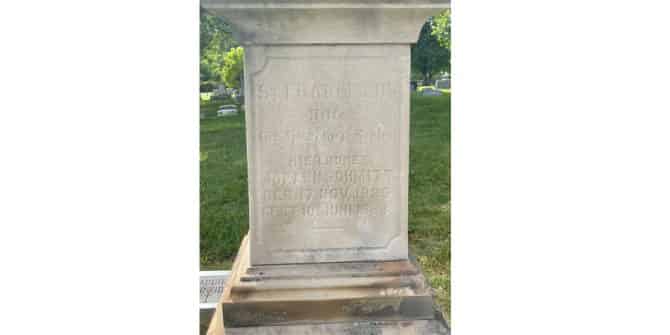