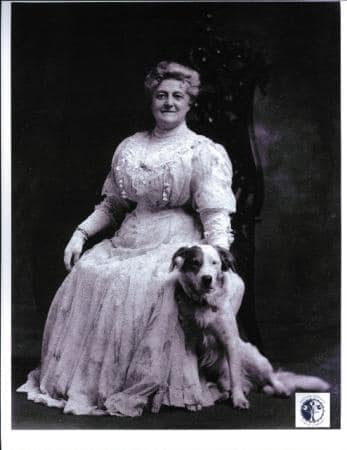 Margaretta Baker married Dr. William Hunt of Covington on April 30, 1872 in Trinity Episcopal Church. Dr. William Hunt had studied at Jefferson Medical College in Philadelphia. The couple had one child, Katie, born on January 14, 1873. Katie Hunt died on spinal meningitis on January 14, 1888 – her 15th birthday. In that same year, John and Margaretta Hunt purchased a stained glass window in the memory of their daughter and had it placed in the transept of Trinity Church. They also financed the construction of a bell tower for the congregation in memory of their daughter.

Dr. John Hunt died on May 20, 1893, leaving Margaretta a widow. She continued to live in the home at 620 Greenup with her beloved niece, Kate Scudder. These two women soon turned their attentions toward community activities. They opened their home as meeting place for many cultural groups in the Covington area. The women also allowed the spacious grounds around their home to be used for organized activities for the children of the neighborhood.

In the spring of 1922, Margaretta Hunt set up a foundation to be known as the “Baker Hunt Foundation.” The main work of the foundation was to promote the study of art, education and science and to promote the good works of religion in the Covington area. The Hunt home became a gathering place for many societies and associations in Covington. On numerous occasions, the home played host to the Girls Friendly Society of Trinity Episcopal Church. The house also became the primary meeting place for the Linden Grove Cemetery Memorial Association – a cause dear to the hearts of both Margaretta Hunt and Kate Scudder. The two ladies also hosted the Covington Wildflower Preservation Association, the Covington Art Club, the Six Twenty Cultural Club and the Covington Weekday School of Religion Association.

In 1928, Margaretta Hunt agreed to accept as a gift the natural history collection of Archie J. Williams. This collection contained over 100,000 specimens of insects, butterflies, mammals, reptiles and birds. To house this collection, she hired architects Garber and Woodward to design an addition to her home. The cornerstone of this new building was laid on June 29, 1929. Margaretta Hunt did not live to see her house entirely transformed into the present day Baker Hunt Foundation. She passed away on August 11, 1930. Funeral services were conducted at her home by the Reverend Lewis Burtin, the retired Episcopal Bishop of Lexington. Burial occurred at Spring Grove Cemetery in Cincinnati.

At the time of her death, Margaretta Hunt’s estate was valued at $40,000. Most of this money was left in trust to the Baker Hunt Foundation. In 1930, the first Board of Directors was chosen. These board members included: Mr. Robert C. Simmons, Mr. Charles F. Warrington, Mr. Charles Smith, Mr. J.J. Rowe and Mr. William Coughlen. Since this time, Baker Hunt has become a center for arts education and community activities in Covington and Northern Kentucky.