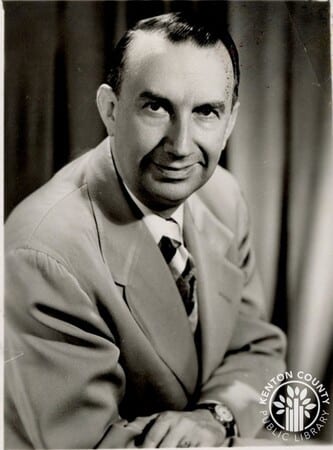 A Baptist minister and founder of the Garden of Hope in Covington. Coers was born in c. 1909 in Shelbyville, Indiana. He was educated as a Baptist minister at Moody Bible Institute of Chicago. Following ordination, he was the pastor of Baptists churches in Shelbyville, Indiana; Bluffton, Indiana and Jackson, Michigan. While in Indiana, Coers officiated at the funeral of famed gangster John Dillinger in the City of Maywood. Dillinger was killed by an FBI agent on July 22, 1934. Also while in Indiana, Coers served in the state legislature for the 1931 and 1933 sessions. In 1945, Coers was appointed pastor of Immanuel Baptist Church in Covington.

In the mid 1950s he began a project to construct a replica of the tomb of Jesus in Covington. He purchased a site in Covington’s west end on Edgecliff Road and began building. In time, his Garden of Hope contained the tomb, a carpenter’s shop, a chapel, and a large garden featuring plants from the Holy Land. The Garden of Hope was open to the public on Palm Sunday 1958. Coers raised over $100,000 to finance the construction of the complex. Reverend Coers did not live to see any further development of the Garden of Hope. He died in his home (2223 Eastern Avenue) on February 24, 1960 of a heart attack. He was 51 years old.

Coers was survived by his wife, Vernice and a son, Michael. Reverend Coers was laid to rest at the Garden of Hope following a funeral service at Immanuel Baptist Church. The Garden of Hope suffered due to Coer’s death. Without a guiding source, the garden was underutilized and succumbed to vandalism. Coer’s widow, Vernice eventually moved the Reverend’s tomb from the Garden to Highland Cemetery in Fort Mitchell, Kentucky. Vernice Coers died in 1991 at the age of 77. She was laid to rest near her husband in Highland Cemetery.