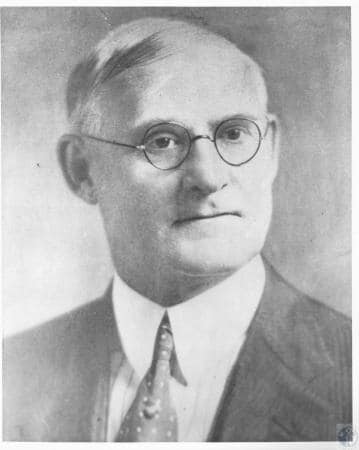 A former mayor and city commission in the City of Covington. Thomas F. Donnelly was born in Covington on October 27, 1870. His parents were Lawrence Donnelly and Mary Tierney Colleron Donnelly, both immigrants from County Cavan, Ireland. Young Thomas F. Donnelly attended the public and parochial schools of Covington. His father died when he was only six years old. As a child, he worked in a tobacco warehouse and a glass factory. At the age of fourteen, he began an apprenticeship at the W.B. Carpenter & Company bookbinders of Cincinnati. In 1902, Donnelly became a car conductor with the Pullman Company. In 1915, Thomas F. Donnelly began a career in politics. That year, he won a seat on the Covington City Commission. He was re-elected to that position in 1917. During the November 1919 election, Donnelly successfully ran for the position of Covington Mayor. Donnelly was a strong advocate of the city manager form of government and he worked diligently to promote this change. Donnelly also oversaw the construction of a new railroad depot on the city’s west end. Thomas F. Donnelly served as Mayor of Covington from 1920 to 1924. He was then elected to another term on the City Commission by a wide margin of votes.

In 1927, Donnelly again ran for the position of Covington Mayor. He won the election and served a term lasting from 1928 to 1932. Following his second term as mayor, Donnelly began working as a ticket taker on the Chesapeake and Ohio Railroad Bridge. Donnelly was a member of the Cathedral Parish in Covington, the Holy Name Society, a Fourth Degree Knight of Columbus with the Bishop Carrell Council, a member of the Covington Aerie Fraternal Order of Eagles, the Covington Moose Lodge, the Catholic Order of Foresters, the Kenton County Democratic Club, the Crusaders Club of St. Elizabeth Hospital, the Covington Industrial Club, the St. Bernard Benevolent Society of Covington and the Ancient Order of Hibernians. Thomas F. Donnelly died on April 1, 1955 at the age of 84. He left no immediate survivors. Funeral services were held at the Cathedral Basilica of the Assumption in Covington with burial at St. Mary Cemetery in Fort Mitchell, Kentucky.