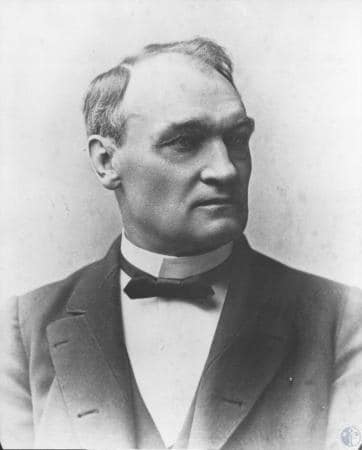 The location of the family farm was approximately 15 miles south of Covington. He was educated in the public schools of the county. At the age of 16, Carlisle began teaching in the Covington Public School system. In 1857, Carlisle began studying law under the tutelage of John W. Stevenson and W.B. Kinkead. He was admitted to the bar in March 1857. In 1859, Carlisle won a bid for a seat in the Kentucky House of Representatives. He was 24 years old at the time. Carlisle consistently voted to keep Kentucky in the union, although, he remained personally neutral. This neutrality damaged his popularity in the Northern Kentucky region.

In 1866, Carlisle was appointed to a seat in the Kentucky Senate. He was re-elected in 1869. Carlisle resigned from the Senate in 1871 to run for the post of Kentucky Lieutenant Governor. He won, and held that position until 1875. Carlisle served In the United States House of Representatives from 1877 to 1890. He was the Speaker of the House from 1883 to 1889. In 1890, Carlisle was elected to the United States Senate. He resigned this post on February 21, 1893 to assume the position of Secretary of the Treasury in the second Grover Cleveland administration (1893-1897). As Secretary of the Treasury, Carlisle was forced to deal with the financial depression of the early 1890s. This was also the era when Williams Jennings Bryan was advocating a silver currency standard. Carlisle remained firmly behind the traditional gold standard. This stand was distasteful to a portion of the national population. Carlisle’s reputation suffered in Northern Kentucky during the 1890s. At this time a movement was underway to construct an additional bridge across the Ohio River Between Cincinnati and Covington. The bridge proposal received strong support in the region. Carlisle, however, spoke out against the proposal in Washington. Carlisle was the attorney for the Suspension Bridge Company in Covington. The owners of the Suspension Bridge believed a new span would damage their business. The Kentucky Post referred to him as Judas G. Carlisle.

In 1896, Carlisle spoke in Covington’s Odd Fellows Hall in support of the gold standard. A number of those in attendance pelted him with rotten eggs, bricks and cigars. Carlisle was forced from the platform – he never spoke in Covington again. Following his term as Secretary of the Treasury, Carlisle joined the law Firm of Curtis, Mallatt, Proust & Cott in New York City. He sold his last home in Covington in 1902. John G. Carlisle married Mary Jane Goodson on January 15, 1857. The couple produced two children: William Kinkead Carlisle and Logan Carlisle. On August 10, 1905, Mary Jane Goodson Carlisle died in New York. Both of Carlisle’ sons also preceded him in death. John G. Carlisle died on July 31, 1910 in New York City. Funeral services were conducted at St. Thomas Episcopal Church in Washington D.C. with burial at Covington’s Linden Grove Cemetery. The Covington Board of Education honored John G. Carlisle by naming one of its schools in his memory.