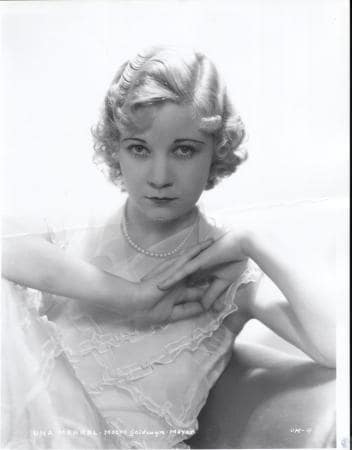 A Covington native and noted motion picture and stage actress. Una Merkel was born on December 10, 1903 in Covington. Her parents were Arno E. Merkel Jr. and Elizabeth Phares Merkel. The couple was married in Covington on December 31, 1902. Una attended Covington’s First and Sixth District Schools. The family home was located at the corner of Fourth and Greenup Streets (demolished in 1976). Una lived in Covington until her early teens. She attended dramatic school in New York City.

Merkel began her acting career in 1920 in silent films. She worked consistently throughout the 1930s in both leading and supporting roles. During the 1940s, her motion picture career took a downtown. At this time, she turned her attention to the stage. In 1956, she received a Tony Award for her work on the play, The Ponder Heart. Merkel returned to motion pictures in the late 1950s. She received an Oscar nomination (best supporting actress) for her work in Summer and Smoke.

During the Second World War, Merkel toured with the USO. One of her partners on these tours was Gary Cooper. They traveled 23,000 miles in six weeks throughout the South Pacific entertaining the troops. Una married Donald Burla, an aircraft executive, in 1932. They were divorced in 1945.

Una Merkel died in Los Angeles on January 2, 1986 at the age of 82. She left no survivors. Burial was in Highland Cemetery, Fort Mitchell, Kentucky.